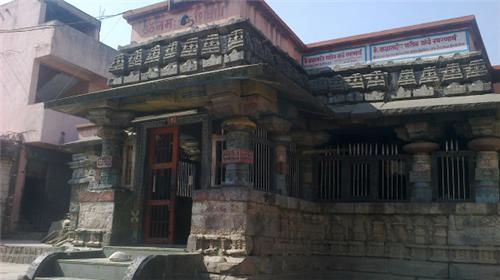 Shirur Anantpal is a village near Latur District of Maharashtra. The village is famous for the Anantpal temple of Lord Shiva. The temple is built in the 11th century and has a Shivalinga and a statue of Devi Mahishasura. These idols are carved out of black stone and they draw many tourists from all over the nation. Holi is celebrated with grandeur in this temple and people from distant places throng into Shirur Anantpal during the time of Holi and be a part of the grandeur.

The village of Shirur Anantpal is known for its agricultural activities other than being known for the temple. People of Anantpal are highly traditional and they put in their best efforts to abide by ancient beliefs and rituals. They celebrate every festival with full vigor and zest. People from other parts of the state also swarm into the temple to celebrate festivals like Holi. The village lights up with joy and enthusiasm every year during the festive time.

However during the other times of the year the village lives in sorry state mainly due to the negligence of authorities. The inhabitants of the village are roughly around 8,506. Among them, the maximum population is not educated. The local system of ruling is Oligarchy. With changing times, the educated villagers are trying to reform the village in many ways. There is only one educational institution in the village called the Anantpal Nutan Vidyalalya. People of the village either go to Latur or other parts of the state to get quality education or gain higher education.

The nearby places are surrounded by natural geographic beauty. It is this natural beauty combined with ethnicity which lures tourists to Shirur Anantpal. Transport system is not so efficient in the village but you can avail a taxi or rickshaws from Latur. While visiting, you can even opt to stay at Latur city and go to visit Shirur Anantpal temple. The land is very fertile here and agriculture is the main source of income of the people. It is famous for pigeon peas and other pulses.

Explore more about Tourism in Latur