Latur, the historical city from the Rashtrakuta Empire is situated in the Marathwada region of Maharashtra. The city poses as headquarters for Latur District and Latur Taluk and also as the administrative headquarter of the Aurangabad division. 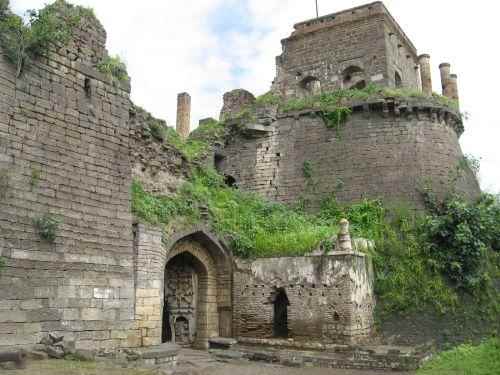 Historical records state that a branch of the Rashtrakuta Empire resided in Latur and also that the first Rashtrakuta king, Dantidurga hailed from Latur. Latur during those days were known as ‘Lattalut’. Though the first king hailed from Lattalut, the one who was responsible for developing the city was king Amoghavarsha. Rashtrakutas were the successors of Chalukyas of Badami. Rashtrakutas ruled the Deccan region during the period of 753 AD to 973 AD. The city of Latur in the 19th century became a part of the princely state of Hyderabad. Later on it became a part of the Osmanabad district. After the Indian independence when Hyderabad merged with the Indian union, Latur became a district of Maharashtra. The independent existence of Latur as a proper district was documented on August 16, 1982 when it was geographically fabricated out of Osmanabad district.

You can witness the rich heritage of Latur even now in the monuments like Kharosa caves. Latur is well-connected through roads to other parts of Maharashtra. Further, it is the excellent road connectivity which makes it an attractive spot for tourists and educationalists.

The intercity and intra-city transports are quite efficient and its efficiency is applauded by everybody who is associated with Latur’s industrial and educational sector. The nearest airport is located near Chincholiraowadi which is roughly about 12 Kilometers in the northwest side of the city. Unfortunately, there is no commercial air service from the airport and it is mainly used by private fliers. Latur railway station also has got historical importance. It was built by the British before independence and has witnessed some major events during the times of India’s struggle for independence.

Latur has developed as a major educational hub for primary and secondary education over the years. Latur also has many places worth visiting which are famous for their historical significances and cave carvings. Some of the most famous spots in Latur are:

Hattibet-Devarjan, which is the Samadhi of Gangaram Maharaj. The place is the birth place of many great freedom fighters who have lost their lives in the Hyderabad freedom struggle.

Kasarshirshi is famous for its ancient inscriptions dating back to 696-697 AD.

The Udgir Fort is another famous monument located in Latur. This fort has been the mute witness of war between Nizam and Marathas in 1761. The fort foretells the glory of Indian heritage. It is bound by a huge 40 feet trench and also the resting place of Udaygir Maharaj built 60 feet below the ground level. This fort is unique with its Arabic and Persian inscriptions.