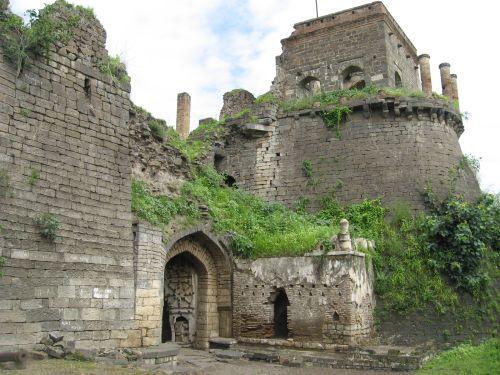 Not many outside the region of Maharashtra would have heard the name of Ausa, a small but charming town in the Latur district of Maharashtra. The town is known for being a major center for the agricultural industry. Ausa town is the headquarters of the Taluka that goes by the same name. It is in every essence a small urban island in the midst of a rural backdrop.

Ausa is hardly 10 kilometers from Latur town, which is the administrative backbone of the district. The close proximity to an important city really helps the town in terms of economic opportunities. Ausa is an agricultural hub where the rural agricultural produce is distributed throughout India. There are a number of mills too; mostly agro based ones. The localities marking the fringe of Ausa have significant production of crops such as carrots and sugarcane. In the last decade, several vine yards have been developed which have given rise to the many wine breweries. Besides, the people of the region raise livestock for products such as milk, eggs and meat.

The people that comprise the population of the city are mostly Hindus. Muslims and Buddhism are other important religions of the region. Over the years, the city has witnessed exponential growth, both in terms of population as well as area. Marathi is the main language here.

Places of Interest
The center of the area is marked by a lake which goes by the same name. It forms an excellent backdrop for a city that still maintains a deep connection with nature. There is another lake called Mukteshwar. It is just a couple of kilometers north of Ausa. Both of these lakes provide excellent recreational services for the people of the city as well as those visiting as tourists.

The city is mainly a place for commerce. However, there are certain historical and religious places which attract tourists. Of these, the Ausa Hingulambika Temple is an important mention. The city has recently developed a number of shopping centers with excellent amenities. There are numerous seats of higher education in the city. These are responsible for bringing in a large number of students from the neighboring districts as well.

How to Reach
The city is amongst the largest cities of the Latur district. It boasts of a population of over 30,000. Thus, a good system of transport and communication is present. The state highway number 3 connects the city to the Latur town. Uninterrupted bus and private vehicles are available all throughout the day. Apart from this road, the SH 67 also forms a connecting link to the city. The city does not have a direct rail head. The closet is the one at Latur. For intra city transport, auto rickshaws are the primary choice. The area forms part of the Latur Lok Sabha Constituency. In the state assembly, the region is represented by the Ausa seat.

Ausa is well ahead in comparison to the rest of the country in terms of living standards as well. This fact may be the cause of the absence of communal hatred. With newer forms of industry establishing units here, the city gets ready to embrace a rejuvenated phase of growth.

Explore more about Tourism in Latur